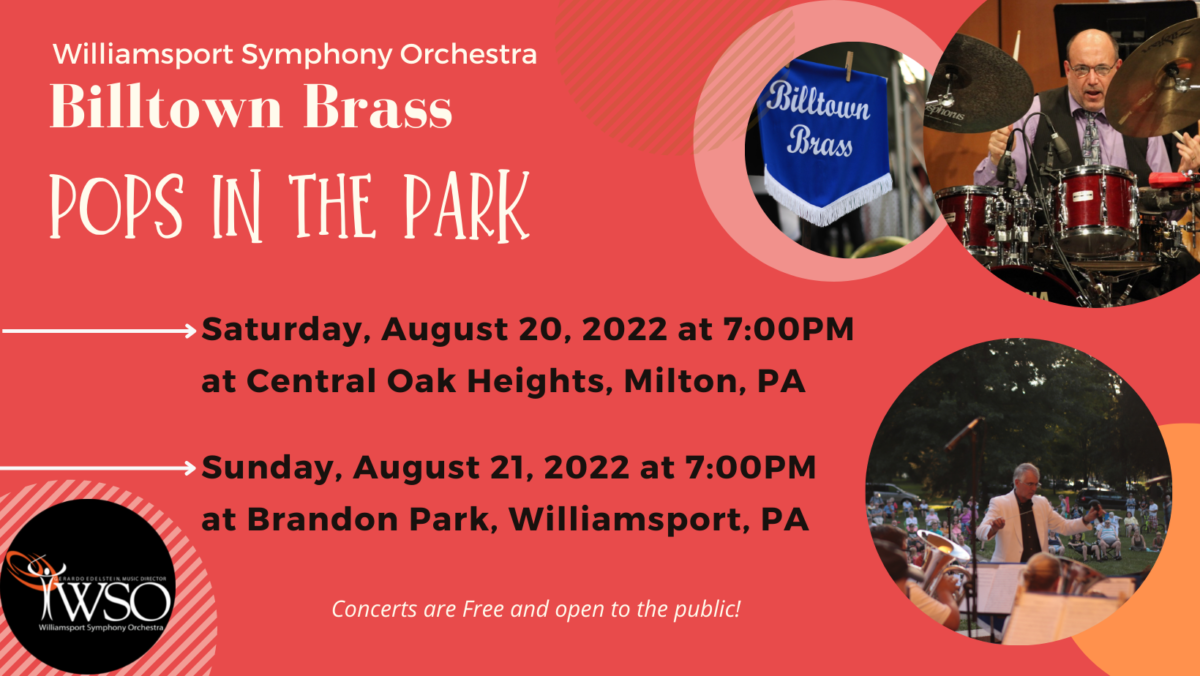 Billtown Brass Pops in the Park

The WSO’s Billtown Brass Band will be presenting a concert at 7:00 PM, Sunday, August 21 at Brandon Park, Williamsport. After a two-year, hiatus, the band is excited to again present its high energy, audience friendly entertainment for the community.

At the core of the band is percussionist Bobby Leidhecker, the featured soloist in the Neal Hefti classic Cute. Bobby Leidhecker performs both as a concert and jazz percussionist throughout Pennsylvania and nationwide. Bobby began his career by appearing with the world-renowned Empire Brass Quintet. As a Yamaha Performing Artist, Bobby has performed in Carnegie Hall, on the Boston Esplanade, and at the Kennedy Center in Washington, DC. Currently, Bobby is a founding member and President of the Williamsport City Jazz Orchestra and has been principal timpanist with the Williamsport Symphony for 36 years. Bobby taught Instrumental music and digital audio recording in the Loyalsock Township School District for 32 1⁄2 years,

The program concludes with excerpts from the 1812 Overture, Armed Forces Salute featuring the songs from all branches of the military, and Sousa’s Stars and Stripes Forever.

The programs are free to the public and made possible through the generous support of friends and supporters the Billtown Brass Band.