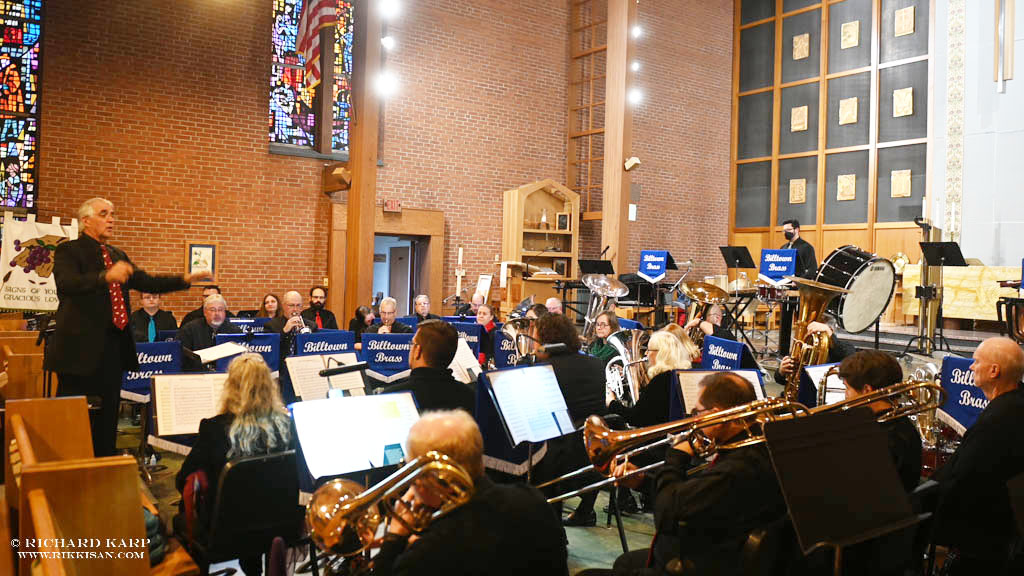 “Kick Off the Holidays Brass Spectacular” 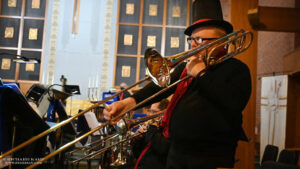 A number of special selections will be featured on the program. The first is a regional premiere of What Child is This by the band’s lead trombone Kevin Henry. Kevin is an active composer, trombonist and educator in central PA and has performed with major orchestras and contemporary artists throughout the northeast

Guest vocal soloist Diane Robertson will join the band to perform Santa Baby, the 1953 mega-hit originally made famous by Eartha Kitt. Diane Robertson is a talented singer, songwriter and poet. While residing in Williamsport, Diane has led music in local area churches, has performed on stage at both Lycoming College and the Community Theater League. She sang in the Lycoming College Baroque Choir and has spent a dozen years singing in the Williamsport Chamber Choir and Orchestra. When she is not singing, she can be found working for Beech Grove Farm at the Williamsport Growers Market.

The program will conclude with a sing-a-long including Joy to the World.

Tickets are available at the door, $10 adults / $5 students and Victorian Christmas ticket holders.